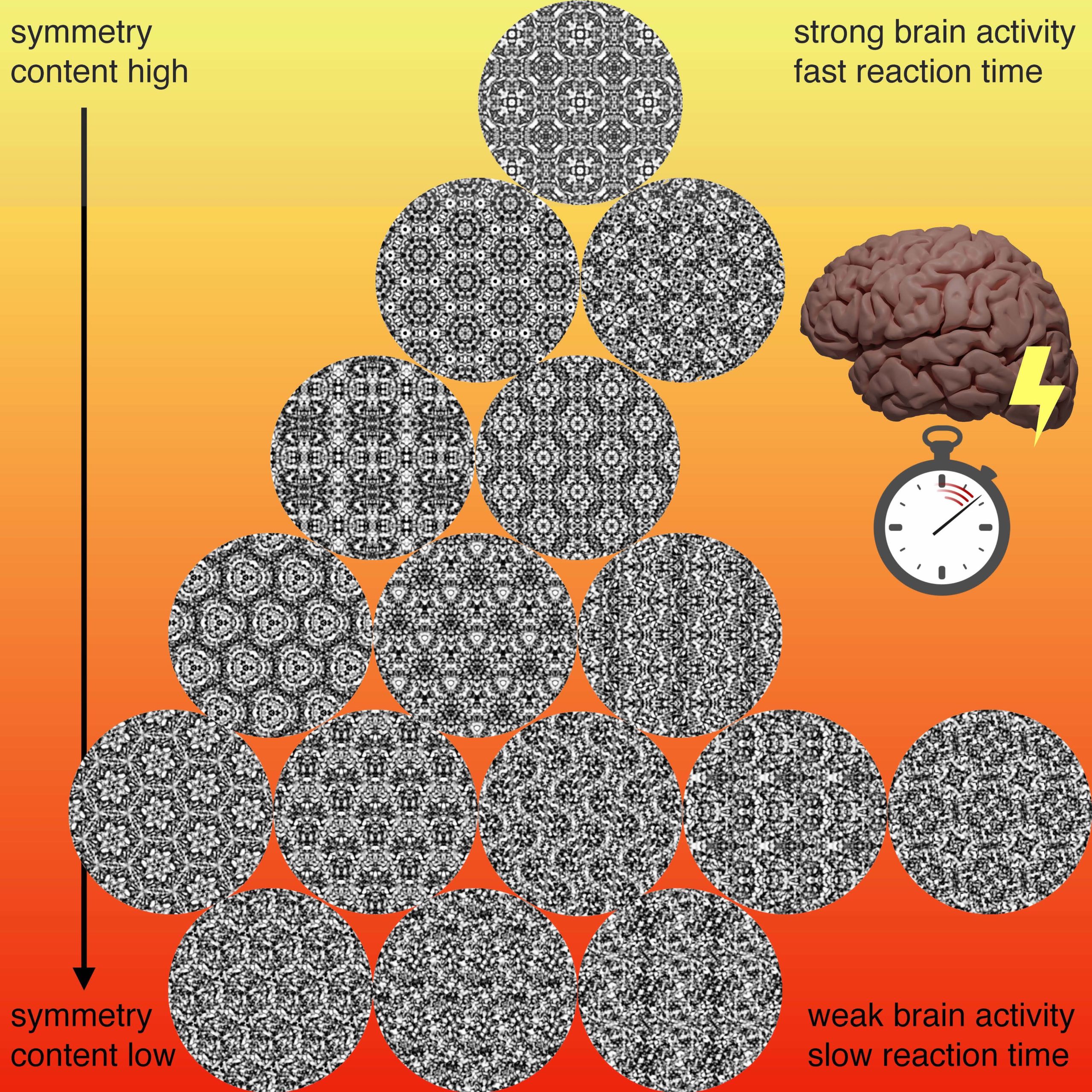 Symmetries can be found at a variety of scales in images of natural scenes. More than 100 years of vision research has demonstrated that symmetry plays a role in many domains of visual perception. Most research has focused on one type of symmetry, reflection or mirror symmetry, but there are in fact four fundamental symmetries, that can be combined into exactly 17 distinct patterns, known as the wallpaper groups. Wallpaper groups represent the complete set of possible symmetries in 2D images and are therefore an ideal stimulus set for vision research exploring the perception of symmetries in patterns.

The goal of this study was to assess how well the human brain can pick up on the combinations of symmetries that are embedded in repeated patterns. The findings suggest that the exact symmetry content within a pattern was closely linked to the ability to tell whether or not a pattern had symmetry and to brain activity (measured using EEG) while looking at the patterns. This shows that the brain has representations of symmetries in patterns that are far more detailed than previously understood and that those representations can be read out from both brain activity and symmetry detection performance.

The world is filled with patterns and textures, and earlier research has shown that the brain is sensitive to statistical properties of textures. This study connects the symmetry literature with the literature on texture perception, opening up new research routes into how symmetries in patterns contribute to vision in everyday life. The high level of symmetry sensitivity demonstrated in this study may help explain why we find these patterns visually pleasant, and why symmetry has been used so extensively in human artistic expression throughout history.

The study was led by Core researcher, Peter Kohler from the Department of Psychology at York University and Affiliate member, Alasdair Clarke from the University of Essex. This study was published in Proceedings of the Royal Society B: Biological Sciences and the full paper can be accessed online.

Image caption: Examples of the wallpaper group patterns used in the study. Patterns towards the top of the image, that had more symmetry content, were associated with stronger brain activity and faster reaction times on a symmetry detection task, while patterns towards the bottom, that had less symmetry content, were associated with weaker brain activity and slower reaction times.

There are no upcoming events.